The sun is here in California (which had a completely dry January for the first time since records began). The snow is in Vermont, where one of my images in an exhibition later this month, and a storm is the subject of my featured image for February.

Following last month's warm tones, Surf Rider is another coastal landscape, but with a very different character and tone to January's image - despite being taken on the same trip to Oregon. It shows one daring soul emerging from the maelstrom having (apparently) tamed the waves. Unfortunately I didn't see him actually surfing. I arrived just in time to take this.

And that's the question behind the image of course ...did he really do it? 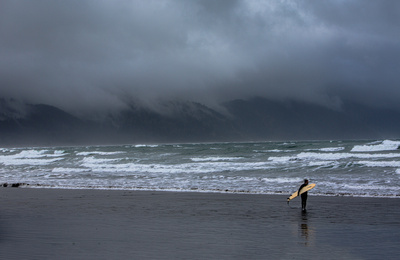 Next up is a show at the Dark Room Gallery in Essex Junction, Vermont. The theme is "Lines" and the exhibition is curated by Rebecca Senf, from the Center for Creative Photography in Tucson, Arizona and the Phoenix Art Museum. Selected images come from around the world including the UK, Canada, Italy, Germany and Greece, as well as the USA. 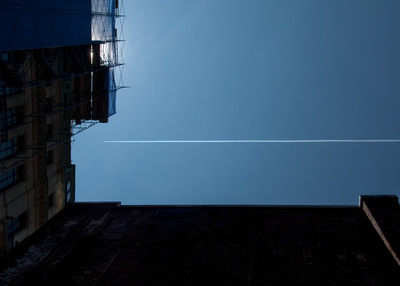 Heart of the Sun

Heart of the Sun

See image in the gallery.

This is one of my many contrail images. The title, in case you didn't get it, is a reference to "Set The Controls for the Heart of the Sun", a song by British psychedelic band Pink Floyd. The viewers' perspective is from someone trapped in a dark remote place looking up the plane, far away and beyond reach - heading towards the sun.